Praise for the guide — and a guide to São Paulo — came not only from the media, but also from the travel trade including the hoteliers, restaurateurs, travel agents, airlines and tour companies, as well as, and most importantly, the many users of the guide, many of them residents of Rio, who now number several hundreds of thousands.

The author and editor of Brazil the Guide is Christopher Pickard, who is one of the best known and longest serving foreign journalists to have been based in Brazil. A career he turned to after opening and running Gringo’s, a record store in Ipanema that operated with much success in the late 1970s.

Born in England, Chris lived for over twenty years in Rio de Janeiro where, after a spell as the arts editor of The Latin America Daily Post, and editor of the local Brazil Herald supplement, he wrote and edited his guides.

Chris helped another more famous British Rio resident, a certain Ronnie Biggs, to write his autobiography Odd Man Out in 1994, a book he updated with Ron in London. Odd Man Out: The Last Straw is published by MPress. Together with Ron, Chris also wrote the novel Keep On Running, that is due to be re-published in 2014, and The Great Train Robbery 50th Anniversary:1963-2013, with Ron, Bruce and Nick Reynolds.

As a travel writer Chris has written and published more words about Brazil than most, the same is true for his coverage of the Brazilian music and film scene. Besides his own Insider’s Guides Chris has contributed to guides about Brazil published by Berlitz, Insight Guides, and DK Eyewitness Travel Guides, as well as writing articles in countless newspapers and magazines.

As well as being a travel writer, Chris travelled the world covering the film industry and lived for several years in Los Angeles where he edited a film magazine. He has edited daily publications at the Cannes, Berlin, Rio de Janeiro, Rotterdam and Karlovy Vary film festivals, and has written for Variety, Moving Pictures, Screen International, Pulse, Down Beat, Cash Box, Songlines, Music Week, and RioLife, among other entertainment publications. 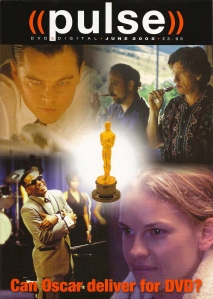 Chris, who is the ex-chairman of the Latin American Travel Association (LATA) and CEO of Critical Divide, also found time to set up the Brazilian Tourist Office in London for the Brazilian Government. He is a consultant to Festival do Rio, Rio de Janeiro’s International Film Festival, and continues to actively promote Brazil.

Chris was director of tourism for the South Atlantic Island of St Helena from 2015 to 2017, and on his return to the UK took up the chair of the LATA Foundation.

Now, bowing to popular demand, he has launched Brazil the Guide and Rio the Guide.

Chris does not work alone, but with the talented Critical Divide team in the UK and Brazil, and with Larry Dillon’s team at Acumen Marketing Management and Cliff Moulder’s team at MPress.