It has been announced at the Cannes Film Festival that Rio de Janeiro based TV Zero has joined forces with the UK’s Film and Music Entertainment (F&ME) to produce Streetkids United II. It is one of two films announced in Cannes that will focus on life in Rio de Janeiro.

The film is the follow up to the hugely successful Streetkids United and will be made to coincide with the second Street Child World Cup that is being organized by the Amos Trust and the ABC Trust prior to the 2014 FIFA World Cup.

“In 2014 Rio de Janeiro will play host to the second Street Child World Cup and will look to build on the success of the inaugural tournament that took place in Durban prior to the 2010 World Cup in South Africa,” explains F&ME’s Sam Taylor. “The 2014 event will bring teams of street children together from 20 countries to compete and to make their voices heard. As with the first Streetkids United film – our goal is to tell the story of the children and the event – and through it draw the world’s attention to the terrible plight of street children across the globe, and the fact that these children are somebody.”

The 2014 Street Child World Cup will be hosted by the Action for Brazil’s Children’s Trust, a UK registered NGO that is dedicated to helping street children and the most vulnerable young people in Brazil. The charity’s patrons include Pelé, Fernando Meirelles, Jimmy Page, Brian May, Jeremy Irons and Juliette Lewis.

“We are currently working with TV Zero to find the right Brazilian director for the project. To get right to the heart of the issue we want a director that will become fully entrenched and deeply involved in the lives of the street child community in Rio,” producer Mike Downey told Brazil the Guide. “About the only challenge we won’t have is finding a Brazilian director with an interest and knowledge of football.”

Founded in 1991, TV Zero is one of Brazil’s most successful and dynamic production houses that in 2011 was responsible for Bruna Surfistinha that sold over 2 million admissions and grossed over US$10 million at the Brazilian box office. 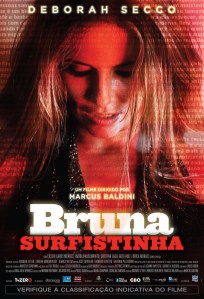 “As a production company we have produced a number of films that deal with both football and social inequality,” says TV Zero’s Rodrigo Letier. “It will be an incredible experience to link these important themes in the sequel to an already very successful film. Sadly street children are an important part of life in Rio, but it will be a great experience to share an uplifting story about them for a change”.

Children of the Revolution: This is Rio

TV Zero is already working with Taylor and Downey’s F&ME on Julien Temple’s highly anticipated music documentary feature Children of the Revolution: This is Rio, which begins shooting later this year in Rio de Janeiro. In Cannes, where it was chosen by Variety as one of the Brazilian film projects to watch, it was announced that the project has now been joined by Cologne-based production outfit 2Pilots.

The German producers, Arne Ludwig and Joerg Siepmann, will bring a key part of the final financing to complement the existing funding from RioFilme, world sales company Ealing Metro International, and support from a number of Rio based audiovisual production and promotional funds.

2Pilots has also brought on board German distributor Rapid Eye Movies to release the film theatrically in Germany and is in an ‘advanced stage of negotiations with German broadcasters.’

The documentary, which has been written by Temple, Helen Beltrame and Chris Pickard, will look at the musical, social, political, and cultural revolutions that have taken place in Rio since the late 1960s to today.

The film, which is fully prepped, is expected to start shooting in September after Temple has finished the release schedule for his London Olympic feature, BabyLon/don. Temple has already been scouting in Rio where he met and talked with Seu Jorge, Lenine, Nelson Motta, Roberto Medina, Kassin + Berna, Sanny Pitbull and B Negao, among others, as well as getting reacquainted with old friends from the time he shot with the Sex Pistols and Mick Jagger in Rio.