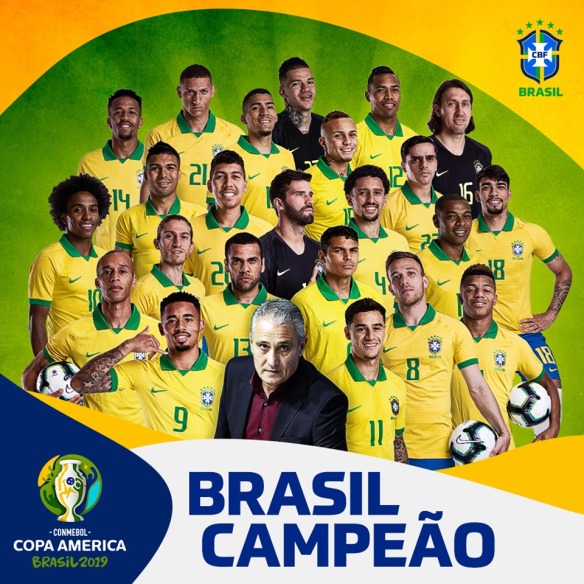 Brazil beat Peru 3-1 in Rio de Janiero’s Maracanã Stadium on Sunday 7 July to win its 9th Copa America. The victory also maintained Brazil’s record of winning the Copa America every time they have hosted it. Five times in total.

Brazil dominated the tournament, but it was the team’s first tournament win since picking up the Olympic gold medal in the Maracanã in 2106, and previously winning the Confederations Cup, also in the Maracanã, in 2013. It is a first Copa America title in 12 years.