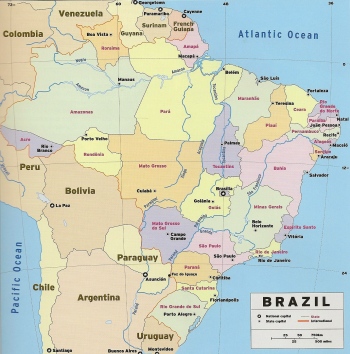 Most of the states in the south, south east and central west of Brazil put their clocks forward one hour on 20 October 2013 to move on to Summer Time that will run through 14 February 2014.