TAM Airlines, Brazil’s major international carrier, moved its operations on 27 May at London’s Heathrow Airport from Terminal 1 to Terminal 3 where it joins a number of other oneWorld partners.

As a member of oneWorld, TAM’s passengers flying in business or with the right card, will be able to use the British Airways’ lounge in the terminal. 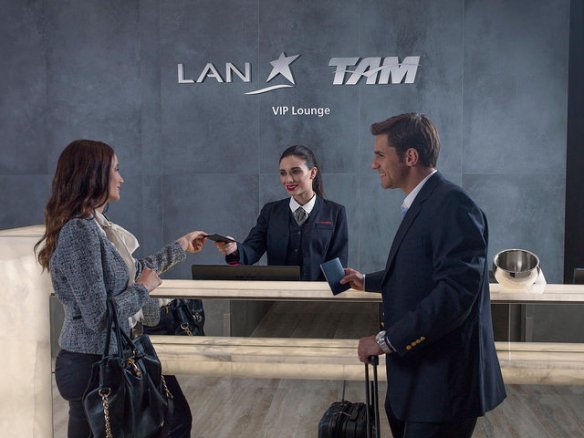 LAN and TAM Airlines have opened new VIP Lounge in Arturo Merino Benitez International Airport in Santiago, Chile. The new lounge is thought to be the largest in South America , offering a sleeping area, showers and entertainment rooms as well as areas serving food and beverages.

With a design inspired – like the LATAM lounge in São Paulo – by South American culture and natural heritage, the lounge features natural materials, such as marble, onyx and leather, with colours and details that represent the region.

The new lounge is located on the 4th and 5th floors of the western sector of Santiago’s international airport, with direct access from the LAN and TAM check-in area. 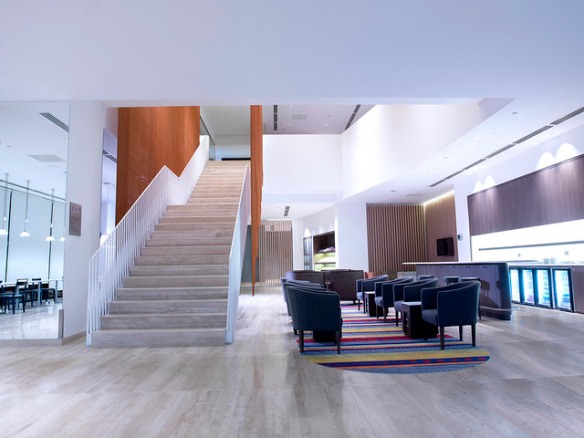 Like the lounge in São Paulo, the new Santiago lounge is available to all clients travelling in Premium Business on LAN, TAM or any oneWorld alliance airline, and those traveling in LAN’s Premium Economy class. Members of the top categories in the LANPASS loyalty program (Black, Comodoro, Premium Silver), TAM Fidelidade (Black, Vermelho Plus, Vermelho) and respective oneWorld categories (Emerald, Sapphire) can also enjoy the lounge space. Members of the LAN and TAM Black, Emerald and Sapphire categories along with oneworld and World Member clients have the right to bring a guest. 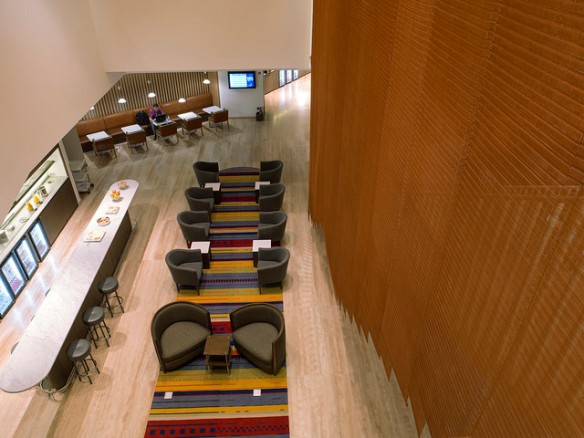 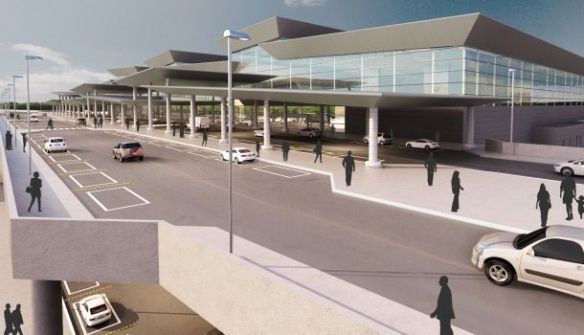 The new international Terminal 3 has opened at São Paulo’s main Guarulhos Airport that is located close to Arena de São Paulo where the opening game of the 2014 World Cup will take place on 12 June.

The first airlines to move into the new 12 million capacity terminal – that has 20 gates – were TAP and Lufthansa on 12 May. They were to be followed by six further international carriers in the coming three weeks.

After the World Cup another 17 companies will move into the new terminal with the Brazilian carrier, TAM, the last to move in September 2014. At that point, further modernisation will take place at terminals One and Two.

By 2022 the entire airport is expected to have doubled its current annual capacity to 60 million passengers. 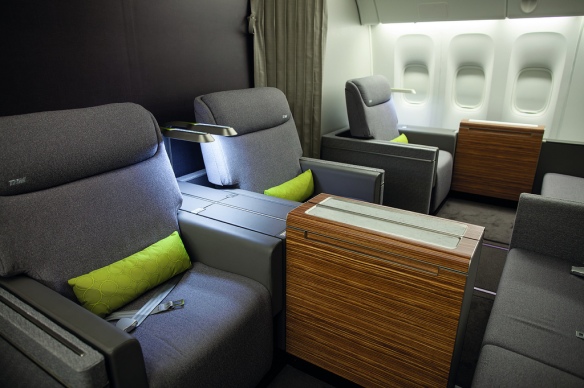 Brazil’s TAM Airlines new Boeing 777s are the first to feature a new interior design and cabin developed exclusively for the airline by the British company, Priestmangoode.

The new First Class cabin presents the idea of a living room. The environment is personalised, providing more privacy and interaction with the new sleeper seat, entertainment system, and lighting. There is also a couch, individual closets, lamp, dining table, cushions, a Nespresso service, and a library with books, editions of Wallpaper guidebooks as well as general interest magazines. 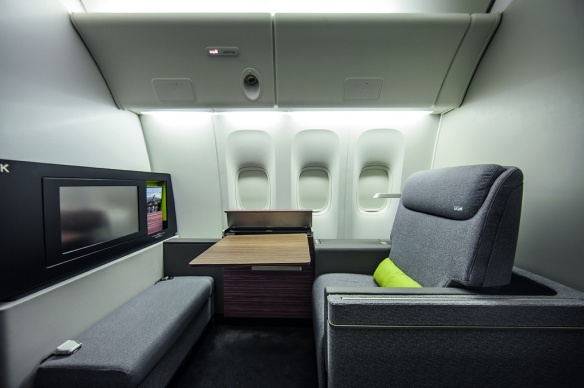 Covering 540 square meters and with capacity of 174 seats, the room is decorated with furniture, materials, textures and colours that evoke the comforts of a house in a concept called “From Home to Home”. It also offers Wi-Fi, snacks, beverages, two TV lounges, a business centre, shower room, and a family area with computers for children. 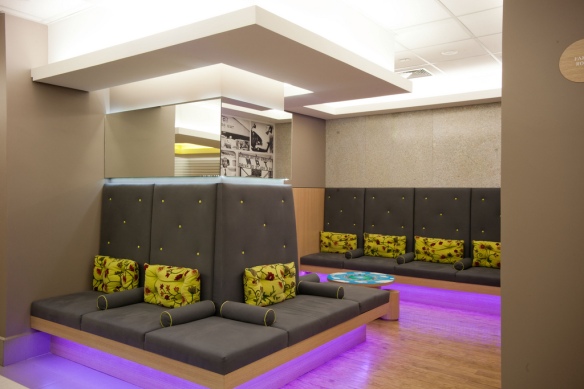 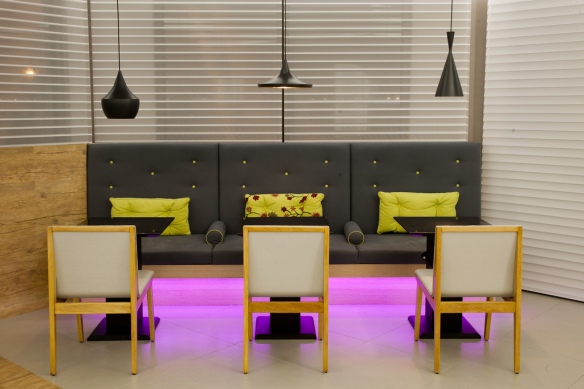 Brazil’s TAM airlines and Chile’s LAN Airlines have merged to form the LATAM Airlines Group. The new group offers passengers more flights to more destinations than any other affiliated group of airlines in South America, initially reaching around 150 destinations in 22 countries and transporting cargo to 169 destinations in 27 countries.

“The creation of this group of airlines is an opportunity to take South America to the world and to allow us to position ourselves to operate in an increasingly competitive environment due to the continuing consolidation of the global airline industry,” said Enrique Cueto, Executive Vice President-CEO of LATAM Airlines Group.

Among the benefits that passengers of both TAM and LAN will see over time are increased connectivity, improved routes and frequencies, and reduced connection times. Additionally members of the airlines’ frequent flyer programs, LANPASS and TAM Fidelidade, will be able to earn and redeem kilometres/points over the complete route networks of LAN and TAM.